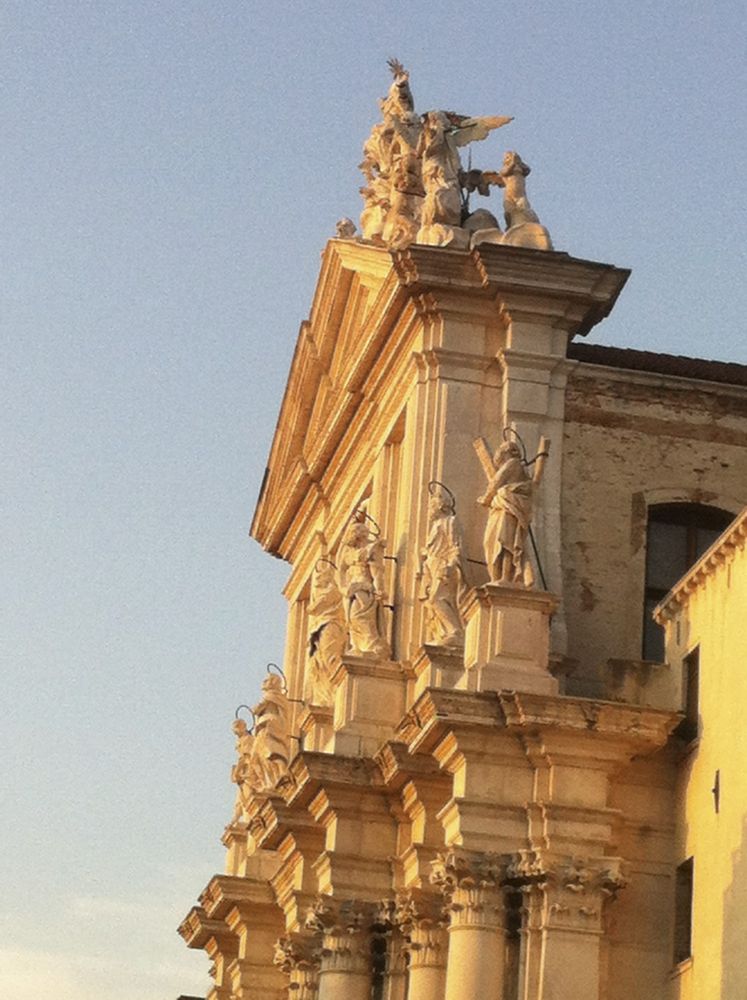 In the northern side of Venice, in the Cannaregio district, you can find the Jesuits Church, which is richly ornate and austere at the same time.

The order of the Jesuits was founded 1534 by Ignatius of Loyola. The Spanish Saint had a military background and conceived the order as a well organized structure open to men who wanted to “serve as soldiers of God”. Their aim was “the defense and propagation of the faith”.

Their sacral buildings are usually very imposing, with overwhelming decorations, aiming to show the power of the Catholic Church. 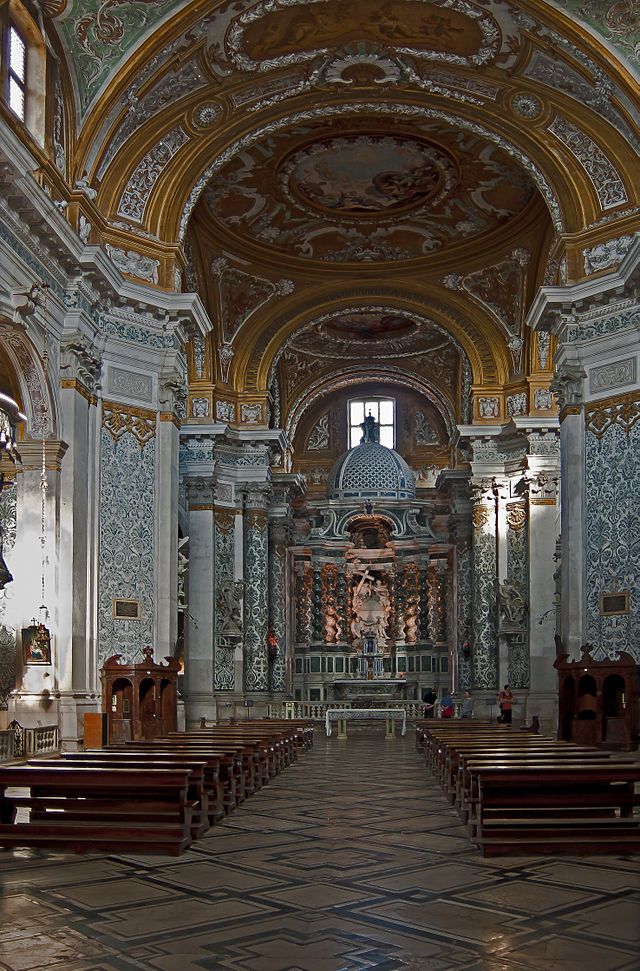 In Venice the Jesuits wanted to show their connections with the Venetian government as well as with the Vatican. The constructions was commissioned to the best architect (Domenico Rossi) and artists (Louis Dorigny, Giuseppe Torretti) of those times. 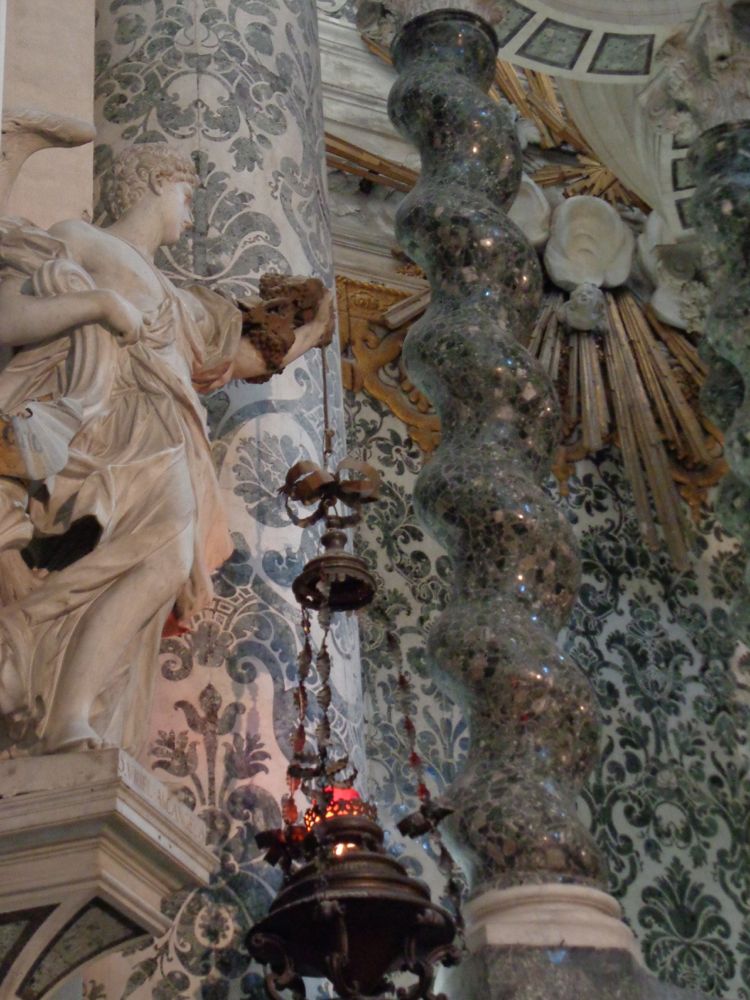 The interior is covered by an extraordinary variety of marbles, part of them are carved and inlaid (like the one by altar that looks like a carpet). Black and white marble inlaid on the columns looks like fabric.
The altar has a baldacchino with barley-twist columns and concealed lighting. 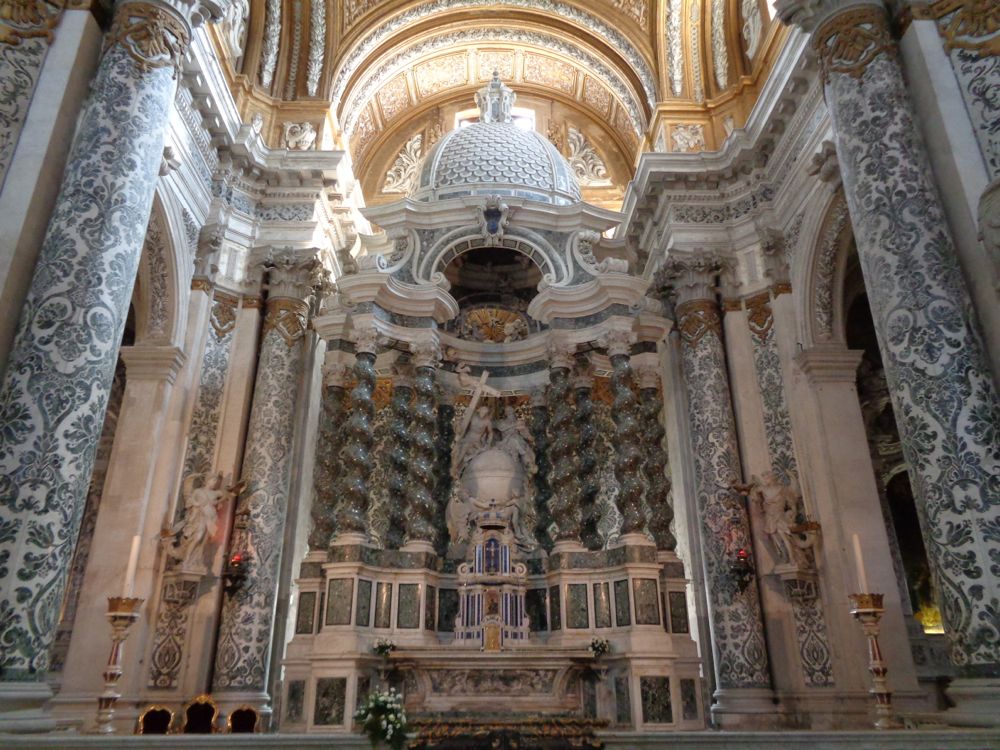 The ceiling is covered with gilded plasterwork and frescoes. 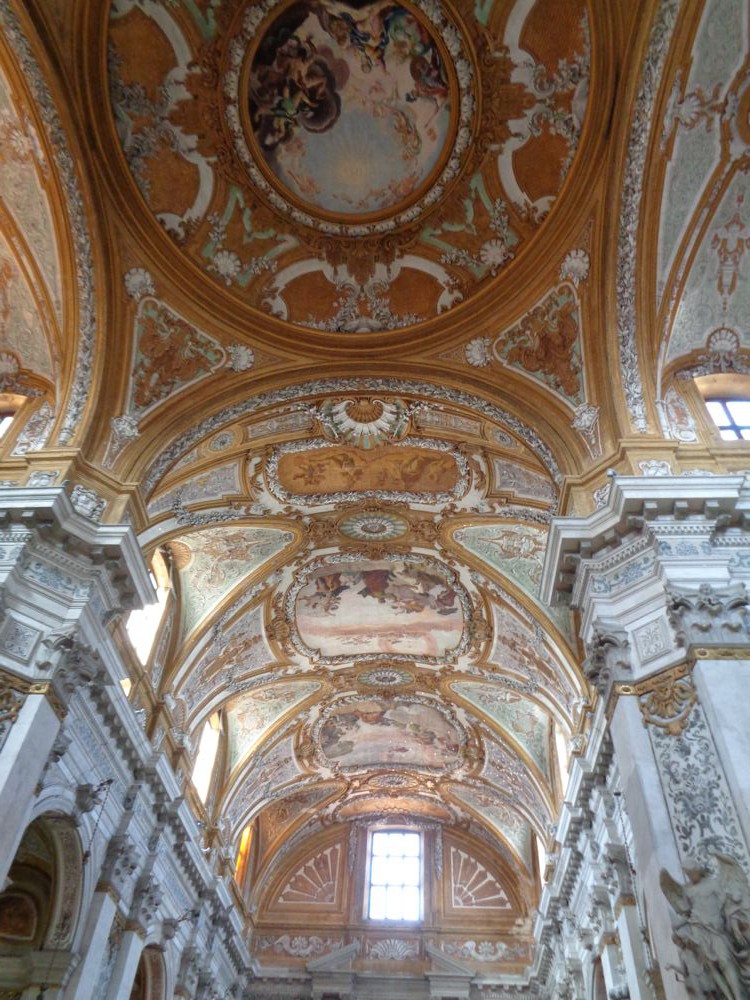 Among the artworks in the Gesuiti church there is an Assumption of the Virgin Mary by Tintoretto and an extraordinary Martyrdom of St. Lawrence by Titian.

The painting (1548-57), made in a late phase of Titian’s life, when the artist couldn’t see very well and used his hands to put colors on the canvas, is one of the most astonishing ‘notturno’, night scene, of European Renaissance Art. 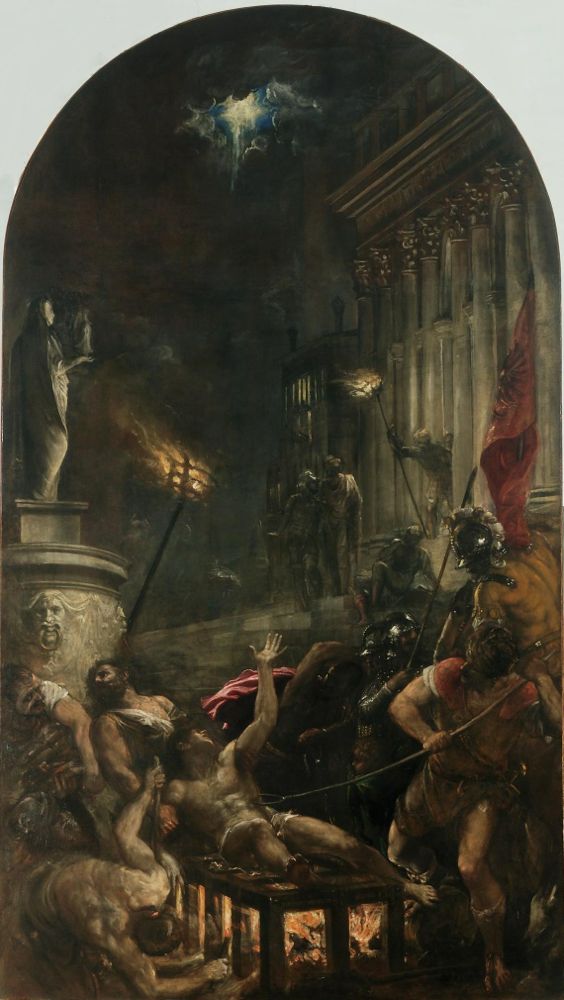 According to the tradition, St. Lawrence was sentenced to be burn on a gridiron. The scene imagined by Titian is full of tragic and of heroism at the same time. In the obscure  night, the very source of light is the fire who is murdering the Saint. It is a very strong emotional moment, someone called it ‘a shakespearian scene’ that justifies its great fame.

The Gesuiti Church is not as famous as the Frari or San Zaccaria but it is one of those many hidden ‘jewels’ that make Venice so special at every step.