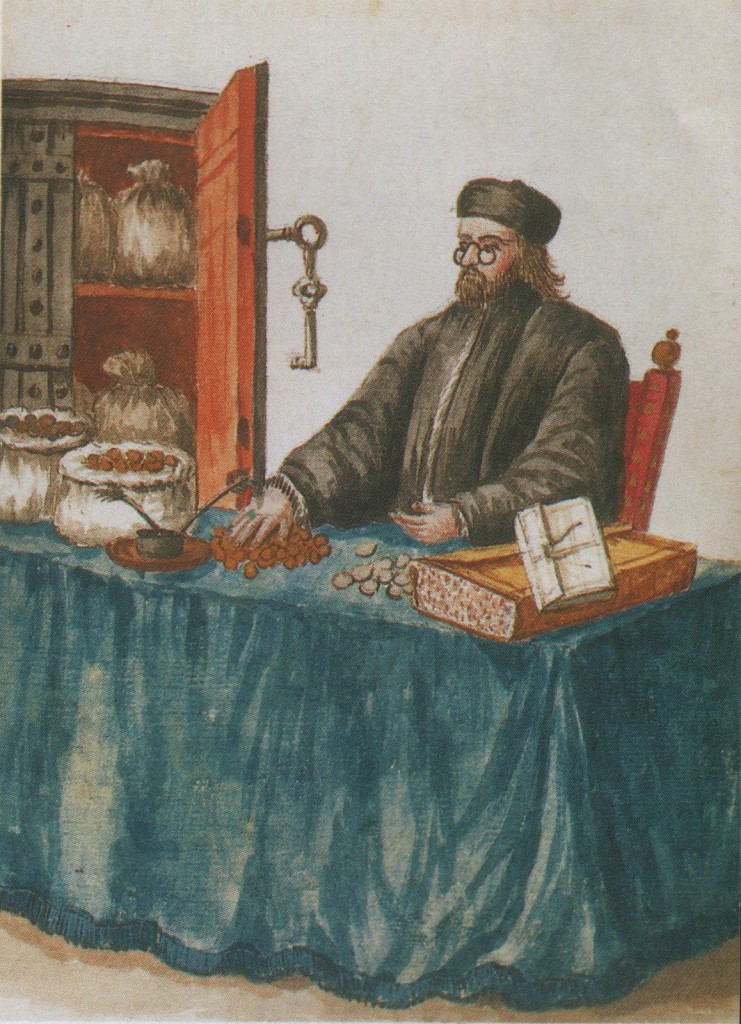 18th-century banker; Jewish banks must have looked just the same.

In the 17th and 18th century the Jews of Venice were a flourishing community.
Officially, they could work only as moneylenders, have pawn-shops or deal with second-hand clothes and furnishing, but then of which quality! Sir Wotton, an English nobleman who lived in Venice, bought furniture, fabrics, carpets, chandeliers, and other various objects in the Jewish Ghetto. Even most of the decorations for the golden boat of the Doge, the Bucintoro, came from the Jewish shops.

Venice has always been a city where people came from all over, spoke different languages, had different eating habits, dressed differently.

And if you entered the Ghetto you would see Levantine, German, Iberian, Polish, French, Greek and Italian Jews, each group speaking, eating, dressing differently! The Ghetto was a miniature Venice. At night it was closed, but during the day it was a center of great vitality.

An 18th century Levantine, of which faith is unknown.

It had not been always like this. We know, for example, that only in the late 14th century, the Venetian government gave a permit to some Jews to live in Venice.

1516, after a new wave of newcomers who were escaping from war and famine on the mainland, the Venetian Republic decided to oblige the Jews to live altogether on one of the many islands that form Venice called ‘geto‘, due to some bronze foundries that had existed in the past. 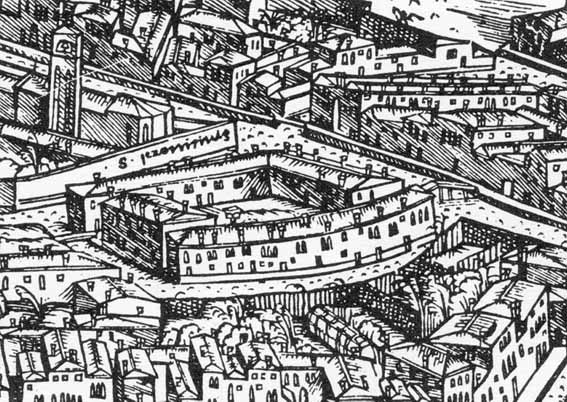 This obligation was hard for the Jews, as every kind of segregation is, but at least they finally had an area where they could build their synagogues, open their shops, and have their community spaces.

Since the first Jews who moved in the area of the geto were Germans, they spoke the word with the hard G: the word Ghetto was born.

The negative modern meaning of Ghetto is related to much later and non-Venetian historical facts.

Today the Ghetto of Venice is not only a center of Jewish history and culture; its large square is very much frequented by children of any nationality or religion who simply want to play.

There is an important Center for International Jewish Studies that organizes many activities related to Jewish culture: performances, courses on various aspects of Jewish life, meetings with artists and writers, tours and more: it is an extraordinary occasion to learn how vibrant and active and interacting is the Venetian Jewish world still today.

If you’d like to discover the Cannaregio district and the Jewish Ghetto with all its stories, please contact me!
Cristina, www.slow-venice.com 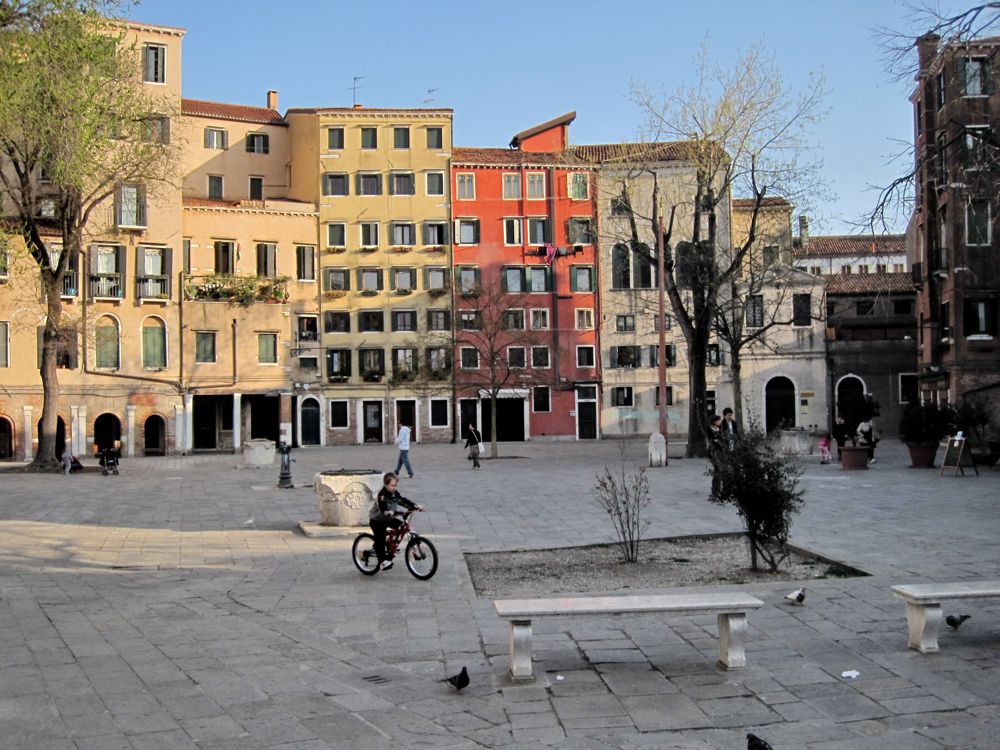