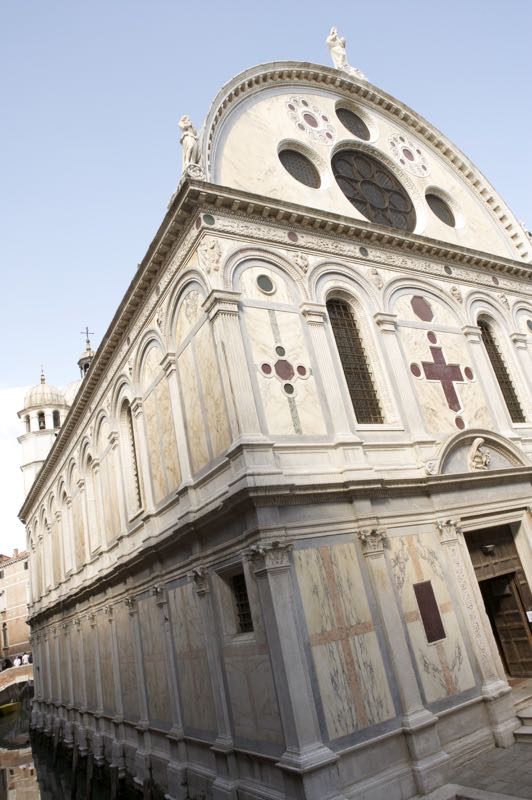 Ezra Pound called it a ‘jewel box’; today it is one of the most popular churches to celebrate a wedding.The Miracoli church is an intimate and at the same time spectacular hidden shrine of Venice.

Dedicated to the Immaculate Conception of the Virgin Mary, but called by everyone Our Lady of the Miracles because of a miraculous image of the Virgin Mary standing above the main altar, this late 15th century church is a symbol of the Venice of that time: rich, with a sophisticated sense of beauty, proud to carry on the classical legacy of the antique world, and proud of its very miracle: to stand on the water, like the church itself.

It all began at the end of the 1470ies, when an image of the Virgin Mary that had been on a wall of the Amadi family palace for the last seventy years, unexpectedly healed a woman who had been stabbed by a relative.
From that moment, hundreds of people started to gather every day in order to pray the sacred image. The Amadi family promoted a fund raising in order to build a proper chapel for the painting.
Venetians proved to be so generous (maybe due also to the fact that they were promised some indulgences…) that it was possible to commission to Pietro Lombardo and his sons Tullio and Antonio a building that was small in scale but richly ornate with precious marbles. 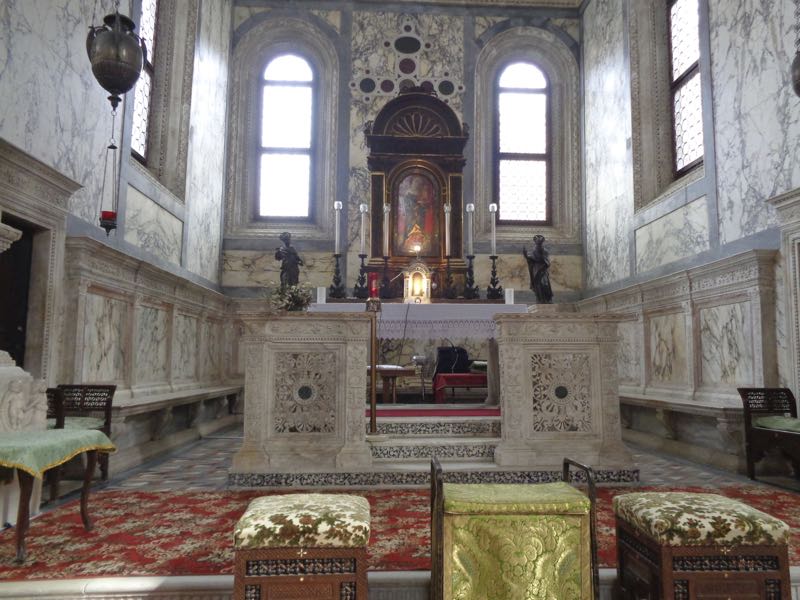 Pietro was responsible not only for the construction of the building but also for the design of the many carvings that ornate columns, capitals, pediments, arches, altar, bases and benches, 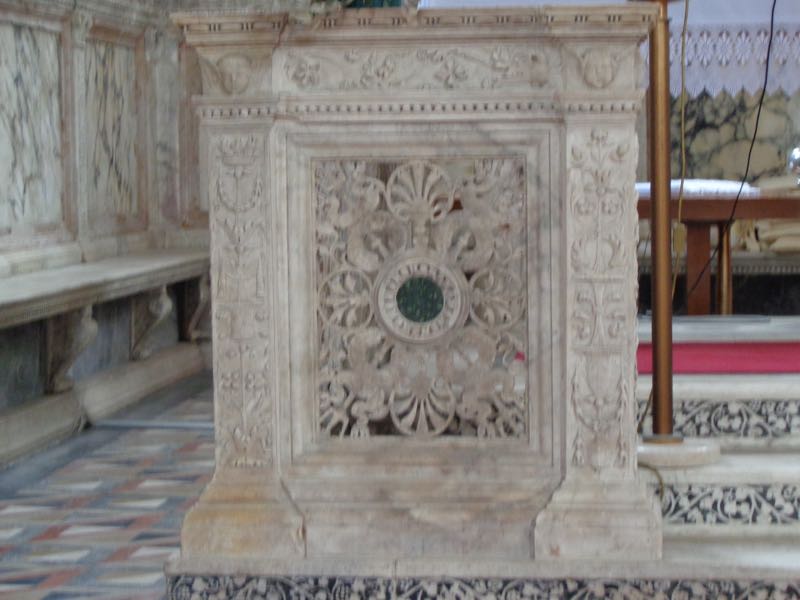 An extraordinary variety of acanthus and other leafage on the capitals, of different geometrical patterns used as freeze and frames for the architectural elements, mythological and biblical figures forces the eye of the visitor to explore every corner of the church. 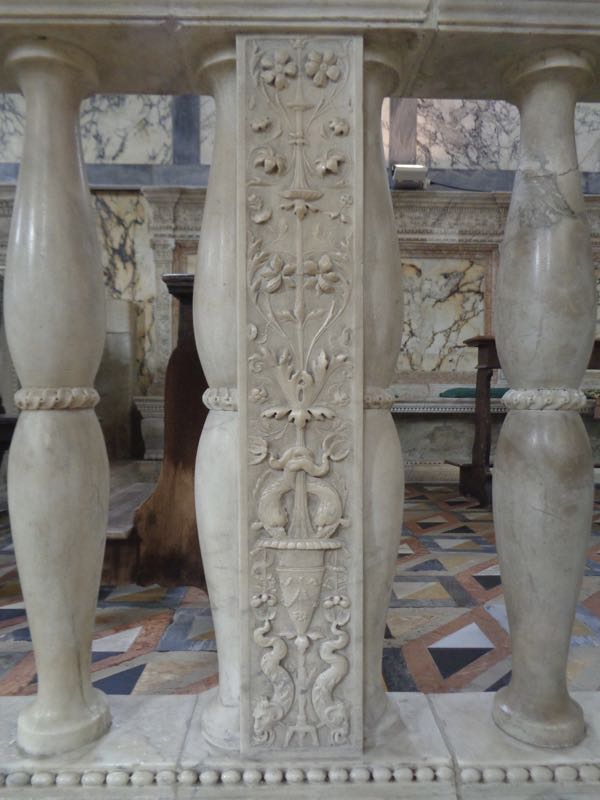 On the pillars before the altar there are some mysterious sea-creatures, kind of fish-women (which later would be called sirens), tritons and putti. It has been suggested that they might indicate the miraculous fortune of Venice built on the water. 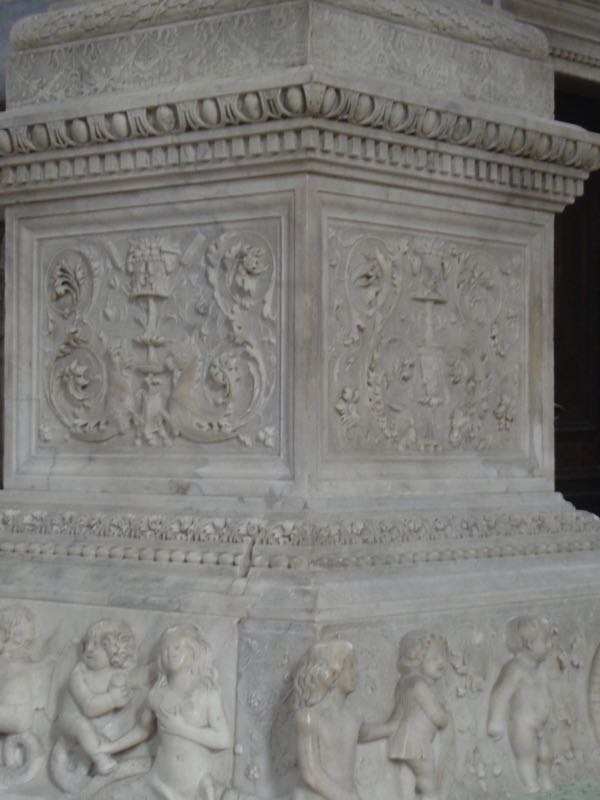 The admission to the Miracoli church is 3 euros p.p. I warmly recommend to buy the Chorus pass. It costs 12 euros p.p. (reduction 8 euros p.p.) and it allows the visit to 15 different churches, all of them rich of masterpieces by the greatest Venetian artists, not to talk of the carvings, the remains of frescoes, the architecture, and the history behind. 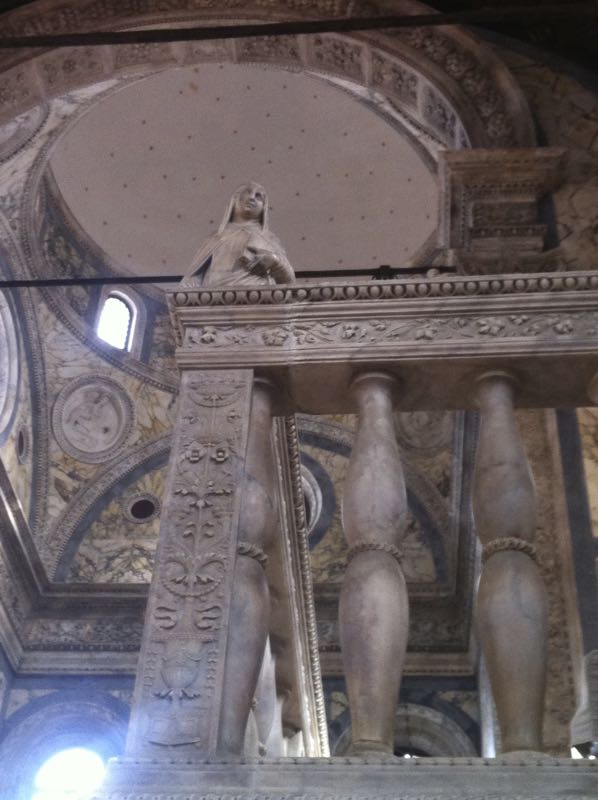