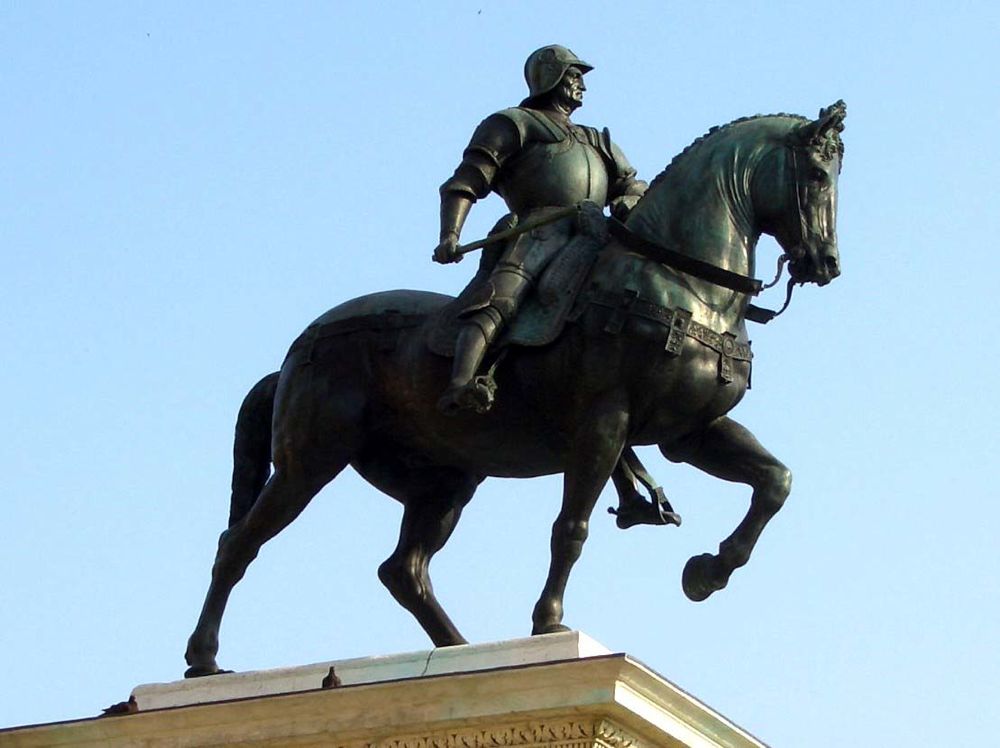 Watch this video on the restoration of the Bartolomeo Colleoni monument, the famous captain originally from Bergamo who fought for the Venetian Republic. The Restoration was generously sponsored by the World Monuments Fund.

Colleoni’s wish was to have after his death (1475) a monument in St. Mark’s’ square, but the Republic would have never granted such honor to a single man.

A compromise was found; the Colleoni would have a wonderful monument but in front of the Scuola di San Marco, in the wide campo Santi Giovanni e Paolo.

The Senate commissioned the monument to maybe the best sculptorer in Italy, Andrea del Verrocchio from Florence. Due to the death of the artist, the equestrian monument was later cast in bronze by the Venetian Alessandro Leopardi (1481).

In his genre, the equestrian monument of Colleoni is a masterpiece. Verrocchio referred to the ancient monument of Marco Aurelio in Rome, to the Gattamelata by Donatello in Padova, to the Regisole in Pavia and created a daring composition, where the horse paces majestic on his three paws and the captain, with hard face, seems already concentrated in the battle.